Danielle watches on, and as Tova speaks, Zelle steps aside towards the burning barrel. From his jacket he pulls his ritual knife, and he holds the sharp blade over the fire, passing it slowly through. He walks towards the battery powering the lights, atop of which is his bag. Danielle raises her hand. "No. The man is right. You either are or are not a Cainite. You either do or you do not deserve the gift of conquering the blood bond, the privilege of solidarity among those who have also earned it. I will not cheapen the Ritus with the dance of technicalities. Tova. You are on cracking ice." Her tone is cold, commanding, and brokers no argument. "When I see you again, if it is not with either Ward or the others you have supposedly discovered, then I will be the last vampire you see."

Mama is a Gangrel who is Oakland born-and-raised who spent some time in her formative years of unlife in Montreal first, a follower of the Path of Caine. She's focused on disciplining the Bay Area Sabbat into a more careful tribe in the wake of the digital age. She is a firm believer in using the Ritae to unite the Sabbat across all of its idologies. She started a rebranding of the local Sabbat as 'family' because she believes very strongly in solid, nuclear units as a societal building-block. She's very strict about the importance of the Silence Of The Blood (the Sabbat version of the Masquerade).

Perhaps you (or your pack) has done some missions for her in the past (for example, cleaning up after someone was sloppy with the Masquerade, looking to Mama for mentorship in the Path of Caine, or knowing her when you crossed paths in Montreal and she was 'young'! Simply ask staff for more information and/or make a note in your application that you'd like to have an IC connection to Archbishop Washington.

Archbishop Washington is more informally known to the Anarchs as just Mama. Some say not dropping her real name is to keep her (animal) spies from reporting what they say about her. Others say it's mostly her brand: she considers vampires various levels of 'family.' Mama and her 'children' have called enough anarchs 'Cousins' for the Anarchs to get the picture that we aren't enemies. That doesn't keep the Sabbat from trying to drag them to their rituals and convert or 'adopt' them, but, at least they can rest easy that Mama looks down on Caine-freaks 'killing the nonbelievers' as "wasting potential".

The Sabbat and the Anarchs tend to get along more or less, if awkwardly, with skirmishes and spats that are mostly pack-vs-gang squabbles. The only real trouble from Mama is that she's just as bad as the Tower about deciding that we're somehow in her jurisdiction. One night, it's Winder breathing down your neck and demanding your participation in Court. The next, it's some wild-eyed doomsday zealot trying to drag you to Esbat.

'Mama' is a name any Anarch can tell you about: according to them, she's a Gangrel who considers Anarchs 'cousins'. Perhaps the Camarilla are her inlaws. Her name is Danielle Washington, and rumors of her extensive use of animal spies is most likely true. When Winder had just assumed the Princedom some years ago, a great horned owl interrupted the windows of the art gallery in which the Camarilla had been holding court, bearing a letter in its beak.

It started, "Greetings from the Glorious Sword of Caine, to the August Ventrue, Cunning Toreador, Mighty Brujah, Fearsome Nosferatu, Visionary Malkavians of the Camarilla. Her Excellency wishes to note this greeting is not extended to the Tremere, who are disgusting wretches one and all." The letter explained the terms by which "The Most Reverend Danielle Washington, Archbishop Of The San Francisco Bay" would "tolerate the residency of its disowned descendants of Caine," and her name has been known to the Tower since.

Danielle Washington replaced Archbishop Adrian Soto in 2002. Adrian Soto was an Ultraconservative who ruled through fear, and he spontaneously withdrew from his appointment, ostensibly to follow Cardinal Polonia in holy war overseas. Regardless of whether that was truly the case, Danielle Washington was ordained in his stead and she obeyed the orders given from on high. She focused on disciplining the Bay Area Sabbat into more cautious observance of the Silence of the Blood.

Danielle is Orthodox, but not Ultraconservative. Still, she is a firm believer in using the Ritae to unite the Sabbat across all of its idologies. She started a rebranding of the local Sabbat as 'family', capitalizing on the values that had known to work to defend her own besieged community in life.

Danielle was an Oakland-born daughter of a secretary (her mother Wilma managed customer accounts for Foley's) and a debt collector (her father Antoine, who worked for a furniture company) and had two older brothers (Sean and Michael). She was the last child born: Wilma was holding out for a daughter. She admired her father's care for his community. Among her memories, she counts all those times that her father would cover for his debtors who couldn't afford to pay, and how they would absolutely insist on giving him something, sending him home with hand-sewn clothes, or big blocks of government-issue cheese and flour. Seeing the debt and poverty of her community alongside the solidarity and charity of her father was a foundational experience, and planting the seeds that would turn Danielle towards activism as she matured.

Danielle came to adolescence and adulthood through the 70s. She worked as a legal secretary and went through a few boyfriends, but none of them quite suited her. Passionate about defending Black children's futures through education and community support, she joined the Free Breakfast For Children program -- and became a proud member of its founder: The Black Panther Party For Self Defense.

And then she met A.J. He enthralled her, she moved in with him -- and then he showed her who he really was. A physically abusive, controlling fucking monster. Trapped, she took to expressing her pain through art and projecting her coded cries for help into galleries and shows. People saw the tragedy in her work, but nobody answered the distress signal. And so she endured, until one night she took a stand she didn't even know she'd take until she was already stabbing him in the adrenaline.

He had put his hands on her so many times. In fear of the consequences, she ran away and tried to bury the memory, cut her lease, moved, burnt that entire chapter of her life. She had no idea if he lived or died and didn't bother to find out.

Years later, in the heat and passion of the moment, she was proudly arrested at a protest -- not realizing what criminal charges awaited her later for her freeing moment of self defense. Her fighting with the officer detaining with her turned heads that included her soon-to-be sire (Eric Harris), who was already watching her. He was an artist as well, having initially noticed her at an art show she had gotten into.

Harris had his ghoul pay Danielle's bail, take her to his apartment -- where Harris performed an embrace sooner than he liked. He kept his quarry out of prison by moving her to Montreal, where she would be tutored by him, a follower of the Path of Caine who did not see fit to just let Danielle 'figure it out on her own' the stereotypical Gangrel way. She was initiated in the Sabbat and provided a new alias and identity, groomed for leadership.

Mama is a 1960s Black Baptist and a 1970s-style feminist very into upholding the traditional Americana values of a nuclear family unit (and unfortunately, the baggage of her decade along with it -- don't be fooled, she's no progressive just because she's a feminist).

She's maternal, but the type of mother who wants strong, empowered children, so she is not a protective person. She pushes people to take risks and get out there. If she's faced with someone telling her about a problem, she goes immediately into telling them how they could fix it, and will not suffer someone feeling sorry for themselves.

Mama also is strict as fuck and not above striking her "children". Swatting worked for her discipline as a child, it works for her childer. She will warn you ONCE, and after that, the gloves are off. 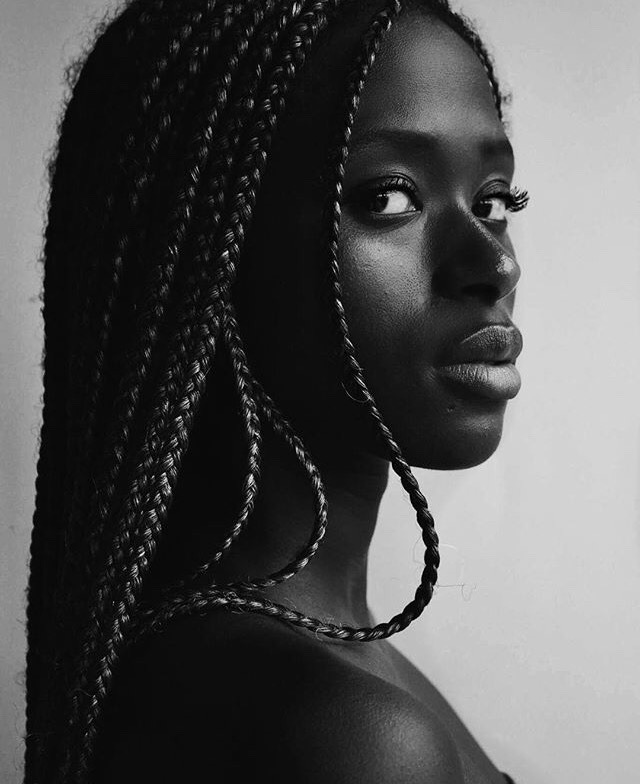